Active Sniffing Attacks in Ethical Hacking can lead to using the intercepted data for malicious purposes. Sniffing is most frequently used to acquire credit card numbers, passwords, and other private information. Software tools called sniffers allow you to secretly intercept network communication without the user or system administrator’s awareness. To stop losses from what may have a significant impact on an organization’s bottom line, businesses can utilize web application sniffers like Wireshark to identify this type of attack in its early stages. 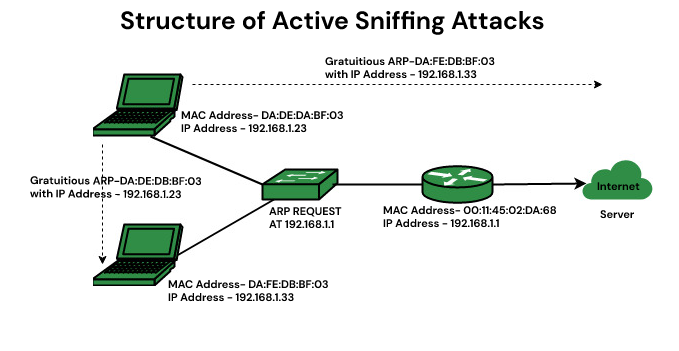 Since adding firewalls or secure passwords would add significant expenses and management burdens to the already underfunded IT department, the majority of businesses are reluctant to do so. Because of how frequently this kind of assault occurs, some people think that hackers are actively releasing hacked versions of web-based programs in an effort to undermine these defenses.

PKI (public key infrastructure) is the underlying framework that enables entities — users and servers — to securely exchange information using digital certificates. The entities that facilitate and use PKI typically involve general internet users, web clients or browsers, and company servers — though this can extend to other virtual machines (VMs) as well. The…

The first phase before rolling out an attack is to collect information about the targeted systems. The attackers research and put in their efforts to find as much information as they can using tools, technologies, and techniques like scanning, enumeration, etc. This phase is called reconnaissance.  The aim of reconnaissance is to find the easiest point of…

Some commonly used tools include: Low Orbit Ion Cannon (LOIC) The LOIC is an open-source stress testing application. It allows for both TCP and UDP protocol layer attacks to be carried out using a user-friendly WYSIWYG interface. Due to the popularity of the original tool, derivatives have been created that allow attacks to be launched using a web browser….