TCP is a standard protocol to define the ways for creating and managing the connections between devices in a network for the exchange of packets of data. It maintains the connection to ensure that the data is exchanged between the devices.

This is the first step where a segment with SYN is sent to the server when there is a connection to be formed between the client and the server.

Here, the server responds to the connection request with an Acknowledgement (ACK) to show that it has received the request of the client. It also tells about the SYN number with which it is likely to start the connection.

In the last step, the client responds to the server with its acknowledgment. Then the connection is formed for data transmission.

TCP traffic begins with a three-way handshake. In this TCP handshake process, a client needs to initiate the conversation by requesting a communication session with the Server: 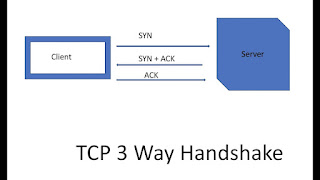 Here is a simple example of the three-way handshake process that is consists of three steps:

After the data transmission process is over, TCP automatically terminates the connection between two separate endpoints.

The client is the data transmitter and the server is a receiver in a data transmission process between the sender and receiver. Consider the below TCP termination diagram that shows the exchange of segments between the client and server.

The communication between the two parties in a network can end in two ways:

Here, both parties choose to terminate the connection.

In this, one party terminates the connection from both sides.

Let’s discuss the TCP termination process with the help of six steps that includes the sent requests and the waiting states. The steps are as follows: 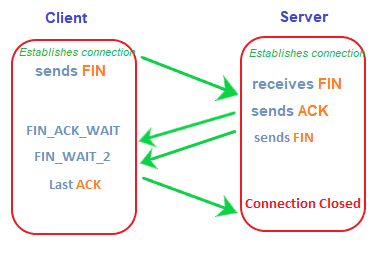 The client waits for the ACK of the FIN termination request from the server. It is a waiting state for the client.

The server sends the ACK (Acknowledgement) segment when it receives the FIN termination request. It depicts that the server is ready to close and terminate the connection.

The client waits for the FIN segment from the server. It is a type of approved signal sent by the server that shows that the server is ready to terminate the connection. 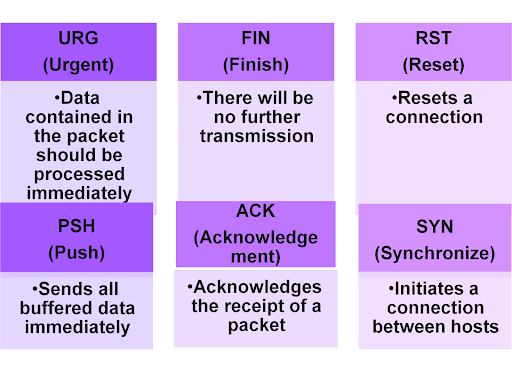 The role of TCP flags is to signal the state of the connection or to inform the other party about acknowledgment, termination, and resetting the connection.

Here are some of the flags used in TCP:

You are most likely already familiar with access points and wireless cards, but so many more tools and “gadgets” are available today for securing, attacking, monitoring,auditing, and accessing wireless networks. In this chapter, you’ll learn some of the productofferings on the market today as well as some of the more exotic tools that have securityimplications…

Usually, the Network Port concept is challenging to understand. In networking, it is a communication endpoint used to connect an external device to the computer. When there is a requirement to set up remote access for your IP Cameras, the network port comes into the picture. Routers are dependent on ports to route data to…

ICMP is a network layer protocol used in the devices within a network to find whether the data transmission initiated by a device has reached the destination without fail.  The key role of Internet Control Message Protocol is to report the errors in the communication in a network. Mostly, it is used in routers, hosts,…

In the modern world, two devices are considered to be in a network if a process on one of them can exchange data with a process on the other. Nodes (a group of devices) or computers can connect to one another through networks. A network is made up of several computers, servers, and networking equipment…