Almost every type of cybersecurity attack contains some kind of social engineering. For example, the classic email and virus scams are laden with social overtones.

Along with desktop computers, mobile devices can be used in social engineering attacks against you in the digital world. However, it’s equally possible for you to encounter a threat in person. These assaults can be combined and built upon one another to form a hoax.

Here are some common methods used by social engineering attackers:

Phishing attackers pretend to be a trusted institution or individual in an attempt to persuade you to expose personal data and other valuables.

Attacks using phishing are targeted in one of two ways:

Anything you share, whether directly or through a bogus online form, travels straight to the scammer’s bank account. Even worse, you can be duped into downloading malware that contains the next phase of the phishing scam. Each phishing technique has an unique delivery method, including but not limited to:

Baiting abuses your natural curiosity to coax you into exposing yourself to an attacker. Typically, potential for something free or exclusive is the manipulation used to exploit you. The attack usually involves infecting you with malware.

Popular methods of baiting can include:

Attacks of this nature are most common in enterprise environments, such as governments, businesses, or other organizations. Attackers may pretend to be a representative of a known, trusted vendor for the company. Some attackers may even be recently fired employees with a vendetta against their former employer.

They make their identity obscure but believable enough to avoid questions. This requires a bit of research on the attacker’s part and involves high-risk. So, if someone is attempting this method, they’ve identified clear potential for a highly valuable reward if successful.

Pretexting uses a deceptive identity as the “pretext” for establishing trust, such as directly impersonating a vendor or a facility employee. This approach requires the attacker to interact with you more proactively. The exploit follows once they’ve convinced you they are legitimate.

Tailgating , or piggybacking, is the act of trailing an authorized staff member into a restricted-access area. Attackers may play on social courtesy to get you to hold the door for them or convince you that they are also authorized to be in the area. Pretexting can play a role here too.

Quid pro quo is a term roughly meaning “a favor for a favor,” which in the context of phishing means an exchange of your personal info for some reward or other compensation. Giveaways or offers to take part in research studies might expose you to this type of attack.

The exploit comes from getting you excited for something valuable that comes with a low investment on your end. However, the attacker simply takes your data with no reward for you.

DNS spoofing manipulates your browser and web servers to travel to malicious websites when you enter a legitimate URL. Once infected with this exploit, the redirect will continue unless the inaccurate routing data is cleared from the systems involved.

DNS cache poisoning attacks specifically infect your device with routing instructions for the legitimate URL or multiple URLs to connect to fraudulent websites.

Scareware is a form of malware used to frighten you into taking an action. This deceptive malware uses alarming warnings that report fake malware infections or claim one of your accounts has been compromised.

As a result, scareware pushes you to buy fraudulent cybersecurity software, or divulge private details like your account credentials.

Watering hole attacks infect popular webpages with malware to impact many users at a time. It requires careful planning on the attacker’s part to find weaknesses in specific sites. They look for existing vulnerabilities that are not known and patched — such weaknesses are deemed zero-day exploits .

Other times, they may find that a site has not updated their infrastructure to patch out known issues. Website owners may choose delay software updates to keep software versions they know are stable. They’ll switch once the newer version has a proven track record of system stability. Hackers abuse this behavior to target recently patched vulnerabilities.

In some cases, cybercriminals have used complex methods to complete their cyberattacks, including:

Malware attacks deserve a special focus, as they are common and have prolonged effects.

When malware creators use social engineering techniques, they can lure an unwary user into launching an infected file or opening a link to an infected website. Many email worms and other types of malware use these methods. Without a comprehensive security software suite for your mobile and desktop devices, you’re likely exposing yourself to an infection.

The cybercriminal will aim to attract the user’s attention to the link or infected file – and then get the user to click on it.

Examples of this type of attack include:

Links to infected sites can be sent via email, ICQ and other IM systems — or even via IRC Internet chat rooms. Mobile viruses are often delivered by SMS message.

Regardless of the mode of distribution, the message will typically have intriguing or catchy wording that tempt the unwary user to click the link. The malware may be able to get past the antivirus filters on the mail server using this type of system penetration.

P2P networks are also used to distribute malware. A worm or a Trojan virus will appear on the P2P network but will be named in a way that’s likely to attract attention and get users to download and launch the file. For example:

Shaming Infected Users out of Reporting an Attack

In some cases, the malware creators and distributors take steps that reduce the likelihood of victims reporting an infection:

Victims may respond to a fake offer of a free utility or a guide that promises illegal benefits like:

In these cases, when the download turns out to be a Trojan virus, the victim will be keen to avoid disclosing their own illegal intentions. Hence, the victim will probably not report the infection to any law enforcement agencies.

As an example of this technique, a Trojan virus was once sent to email addresses that were taken from a recruitment website. People that had registered on the site received fake job offers, but the offers included a Trojan virus. The attack mainly targeted corporate email addresses. The cybercriminals knew that the staff that received the Trojan would not want to tell their employers that they had been infected while they were looking for alternative employment.

How to Spot Social Engineering Attacks

Defending against social engineering requires you to practice self-awareness. Always slow down and think before doing anything or responding.

Attackers expect you to take action before considering the risks, which means you should do the opposite. To help you, here are some questions to ask yourself if you suspect an attack: 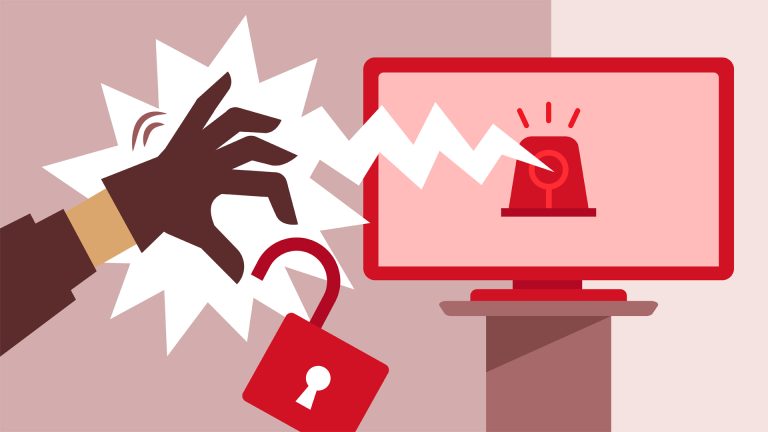 There are no ways to prevent malware attacks but there are reliable ways to detect and block attacks, thus protecting your systems from being infected by malicious software. Trojan Countermeasures Avoid opening email attachments received from unknown senders. Block all unnecessary ports at the hosts and firewall. Avoid accepting the programs transferred by instant messaging. Harden weak, default configuration settings and disable unused functionality including…

Hacking is a term that interests everyone. Hacking is the process by which someone takes advantage of a network to access vital data. You can stop many cyberattacks when you employ hacking correctly. The ethical hackers who protect your networks are a prime illustration of the same. Programming is one of the numerous talents a…

Extracting Plaintext Passwords by Dumping and Cracking SAM Hashes Security Account Manager (SAM) is a database file which includes user accounts and security descriptors of users. This file stays on the Windows systems. The passwords in this file are saved in hashed format for better security. When hackers attack a system, they usually dump the OS…

Enumeration is fundamentally checking. An attacker sets up a functioning associated with the objective host. The weaknesses are then tallied and evaluated. It is done mostly to look for assaults and dangers to the objective framework. Enumeration is utilized to gather usernames, hostname, IP addresses, passwords, arrangements, and so on. At the point when a…

Active Sniffing Attacks in Ethical Hacking can lead to using the intercepted data for malicious purposes. Sniffing is most frequently used to acquire credit card numbers, passwords, and other private information. Software tools called sniffers allow you to secretly intercept network communication without the user or system administrator’s awareness. To stop losses from what may have a…