Visual Studio Code is a lightweight yet powerful free-ware source-code editor made by Microsoft. It is very popular among web, mobile, and hardware developers, and one of the best products created by Microsoft.

Debugging, intelligent code completion, syntax highlighting, code refactoring, a vast ecosystem of extensions, and easy customization are all available. It is widely used, and developers love all of its features, including as IntelliSense, built-in Git controls, quick navigation, fast editing, and many vs code themes, all of which help developers improve their experience and productivity.

There are many Visual Studio Code themes that have a significant effect on coding clarity, maintenance, and speed. Let’s take a look at some of the most popular and current vscode themes.

Let’s explore these popular vscode themes one by one.

One Dark Pro is one of the most popular and widely used VS Code themes. This theme is popular among developers who choose dark mode due of its well-balanced color schemes and visually appealing styles.

Dracula Official is, once again, a dark theme for Visual Studio Code and other 181+ programs. Zeno Rocha produced this designer-friendly dark theme. Dracula is one of the most popular themes ever created, and it can be found almost anywhere.

Y’all are familiar with this popular dialogue, isn’t it?

Winter Is Coming Theme adds dark, light, and dark with no italics to the theme. Visual Studio Dark+, Monokai, and Dustin Sander’s “An Old Hope” theme were all inspirations for this theme. The Night Owl Theme by Sarah Drasner inspired the blue background of this theme. John Papa is the one who came up with the idea.

Shades of Purple is one of the most popular experienced and highly VS Code themes available. The developer’s experience and ability to scan code is improved by the bright purple colors, markdown editing, and good layout. This theme is a nice blend of purple tones with excellent feature color highlighting, making it easy for developers to fast different properties.

This is for all the Night Owls out there! This theme is perfect for individuals who like to code late at night. Colors, backgrounds, and design are all well-chosen, which helps in low-light conditions as well. There’s also a Light Owl Theme that’s designed for daylight viewing. If you don’t want italics, there is also a no-italics theme available.

It is one of the most popular and greatest vscode themes created by the Monokai colors’ creators. This theme’s carefully chosen color shades, syntax highlighting, and pixel-perfect file icons provide better coding, non-distractive UI, and a more pleasant experience.

Ayu is a popular VSCode theme that is available in three different variations: dark, light, and mirage. Developers who code for long periods of time like this simple, bright, and beautiful theme. It’s one of the most popular and downloaded Visual Studio Code themes.

Design inspiration can come from anywhere!

The music and cover art of modern Synthwave labels like FM-84, Timecop 1983, and The Midnight have impacted this experimental concept. This simple CSS theme is a nod to the aesthetics of the 1980s in modern web design. Through a glow effect and well-blended colors in the palette, it enables the 80s neon visions, making it one of the stylish and elegant themes with a variety of setups.

Noctis is a collection of bright and dark themes by Liviu Schera, featuring a well-balanced and visually appealing combination of warm and cold colors.

It’s made to be easy on the eyes, reducing eye strain and giving the colors used in this theme meaningful meaning. There are eight dark and three light versions. With a variety of colors and the greatest syntax highlighting, this theme has received positive feedback and a large number of downloads.

Why Choose Visual Studio Code As A Code Editor?

Firstly, it is very fast.

Visual Studio Code includes support for hundreds of languages, as well as advanced features like a vehicle, IntelliSense code completion, snippets, syntax highlighting, and others.

More code, by definition, means more debugging and complexity. The interactive debugger in Visual Studio Code allows you to inspect call stacks, inspect variables, and run commands in the console.

Built-in support for Git and other scripting tools makes developing faster than ever in VS Code. It is suitable for modern web development with rich tooling support for technologies like JSX/React, HTML, CSS, JavaScript, TypeScript, Less, and JSON.

It’s suitable for a variety of applications and technologies, including cross-platform web and cloud apps. It gives developers a lot of flexibility and a customized environment to help them better their edit-build-debug experiences.

We attempted to cover all of the major VS Code themes. If you’re using a theme that isn’t on this list, let us know in the comments! We’d also like to know about your experience as a developer. Let us know which editor and theme you prefer to use to Stay Productive.

About us: Codelivly is a platform designed to help newbie developers to find the proper guide and connect to training from basics to advance

Visual Studio Code, maintained by Microsoft, is one of the most popular open source code editors out there. VSCode aims to offer all the tools you need while cutting out the complex workflows of full IDEs. Many programmers prefer VS Code because it offers so many extensions for added functionality, productivity, debugging, and speed. Advantages of extensions…

VSCode is an excellent Code Editor, more than an IDE. This can be a problem in larger projects as it requires a lot of CPU and RAM. This is not the only issue with VSCode, but it does apply to many of its extensions. VSCode’s extensions have the best quality. These extensions are written for Nodejs using JS, so…

Our homes are where we spend so much of our time.text editors all have those frustrating moments that make it difficult to get things done. Sometimes it takes too much time to find the right file, and sometimes finding the matching bracket is a tedious adventure all on its own. Let’s get rid of all these… 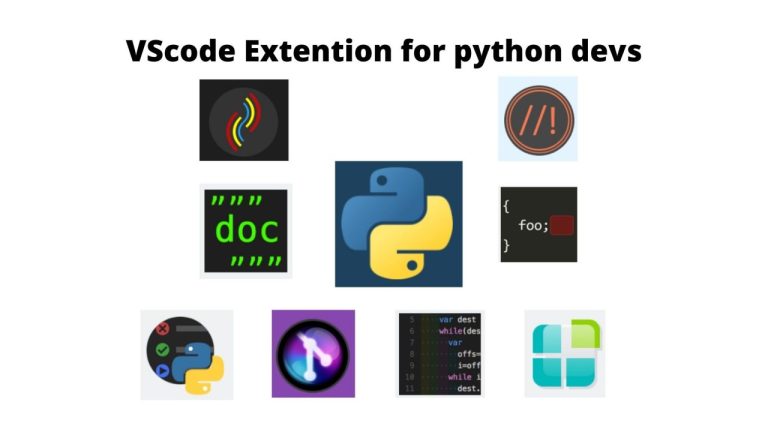 I’m more at comfortable with the editor now, and some of the areas where PyCharm was previously used are now performing much better on their own or with the aid of plugins. There’s one new plugin in particular that has completely altered the way I use VS Code and how much more comfortable I feel…

Finding the perfect code editor isn’t the only thing that goes into creating a productive workstation when it comes to coding. VS Code is designed for developers, by developers, right out of the box. According to the StackOverflow study from 2022, Visual Studio Code is the IDE of choice for 71.06 percent of all respondents….