TCP/IP Model helps you to determine how a specific computer should be connected to the internet and how data should be transmitted between them. It helps you to create a virtual network when multiple computer networks are connected together. The purpose of TCP/IP model is to allow communication over large distances.

Transmission Control Protocol/Internet Protocol is referred to as TCP/IP. In order to provide a very stable, end-to-end byte stream over an unstable internetwork, the TCP/IP stack was particularly created as a model.

Here, are the essential characteristics of TCP IP protocol:

In this TCP/IP tutorial, we will explain different layers and their functionalities in TCP/IP model:

The functionality of the TCP IP model is divided into four layers, and each includes specific protocols.

Each layer of the TCP/IP server architecture is defined in accordance with a particular purpose that it is intended to carry out. The data is transmitted cooperatively between these four TCP/IP layers as it moves from one layer to another.

To implement a communicative component, the application layer communicates with software programs. The application program’s interpretation of the data is always outside the OSI model’s purview.

Example of the application layer is an application such as file transfer, email, remote login, etc.

Following are the main protocols used in the application layer:

Data transit from a process on a source system machine to a process on a destination system is provided by the transport layer, which builds on the network layer. It preserves the quality of service features and is hosted over one or more networks.
It establishes the rate and amount of data that should be transmitted. The messages obtained from the application layer are built upon in this layer. It makes sure that data units are provided in the correct order and without errors.
Through flow control, error control, and segmentation or de-segmentation, the transport layer aids in your ability to manage a link’s dependability.
Additionally, the transport layer provides confirmation of a successful data transmission and, in the absence of any faults, delivers the subsequent data. TCP is the best-known example of the transport layer.

The two protocols used in the transport layer are User Datagram protocol and Transmission control protocol.

The second TCP/IP layer of the TCP/IP model is known as the internet layer. A network layer is another name for it. This layer’s primary task is to deliver packets from any network and any computer such that, regardless of the path they take, they always reach their destination.

With the aid of multiple networks, the Internet layer provides a practical and procedural mechanism for moving variable-length data sequences from one node to another.

Layer-management protocols that belong to the network layer are:

Following are the protocols used in this layer are:

IP Protocol: IP protocol is used in this layer, and it is the most significant part of the entire TCP/IP suite.

Following are the responsibilities of this protocol:

This tier of the TCP/IP model’s four layers is known as the Network Interface Layer. Network access layer is another name for this layer. You can use it to specify the specifics of how data should be transmitted across the network.

It also includes how bits should optically be signaled by hardware devices which directly interfaces with a network medium, like coaxial, optical, coaxial, fiber, or twisted-pair cables.

A network layer is a combination of the data line and defined in the article of OSI reference model. This layer defines how the data should be sent physically through the network. This layer is responsible for the transmission of the data between two devices on the same network.

Differences between OSI and TCP/IP models 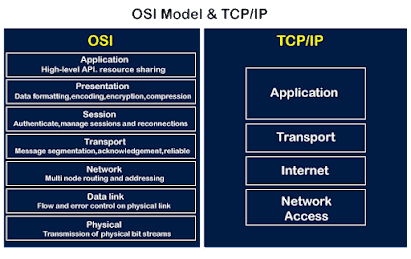 Here, are some important differences between the OSI and TCP/IP model:

Some widely used most common TCP/IP protocol are:

Transmission Control Protocol is an internet protocol suite which breaks up the message into TCP Segments and reassembling them at the receiving side.

An IP address, sometimes referred to as an Internet Protocol address, is a numerical designation. Each device linked to a computer network that makes use of the IP for communication has one assigned to it. Its routing capability enables internetworking and, in essence, creates the Internet. A virtual connection between a source and a destination can be created using IP and TCP together.

The World Wide Web’s cornerstone is the Hypertext Transfer Protocol. It’s used to move files like webpages and other types of resources from the HTTP server or web server to the HTTP client or web client. You utilize a web client every time you use a web browser like Firefox or Google Chrome. The transmission of web pages that you request from distant servers is made easier via HTTP.

SNMP stands for Simple Network Management Protocol. It is a framework which is used for managing the devices on the internet by using the TCP/IP protocol.

DNS stands for Domain Name System. An IP address that is used to identify the connection of a host to the internet uniquely. However, users prefer to use names instead of addresses for that DNS.

TELNET stands for Terminal Network. It establishes the connection between the local and remote computer. It established connection in such a manner that you can simulate your local system at the remote system.

FTP stands for File Transfer Protocol. It is a mostly used standard protocol for transmitting the files from one machine to another.

Advantages of the TCP/IP model

Here, are pros/benefits of using the TCP/IP model:

Disadvantages of the TCP/IP model

Here, are few drawbacks of using the TCP/IP model:

TCP is a standard protocol to define the ways for creating and managing the connections between devices in a network for the exchange of packets of data. It maintains the connection to ensure that the data is exchanged between the devices.  This protocol also solves several challenges related to packet-based messaging. These challenges can be out-of-order… 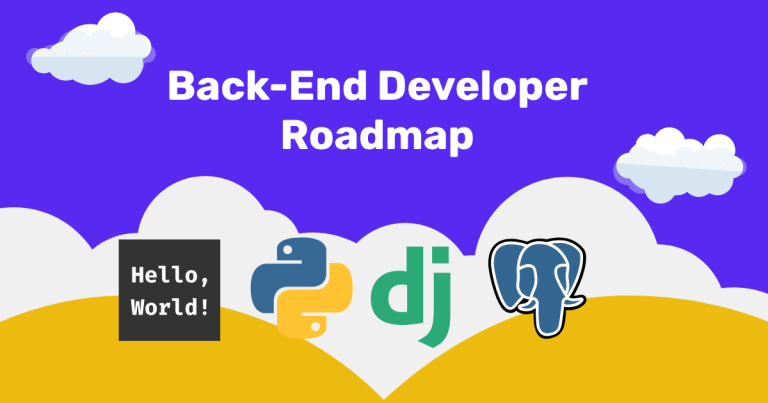 If you’re reading this, it’s safe to assume that you’re interested in becoming a backend developer. And if that’s the case, then you’re in the right place. In this article, we’ll be taking a comprehensive look at the backend developer roadmap. We’ll cover everything from the required skills and training to the most popular backend…

The use of wireless networks has increased exponentially over the last decade or so. Wi-Fi is being extensively used not only by corporate organizations but also by individuals and home users. If you walk or drive through your city you may find tons of wireless networks. The wireless hacking methodology consists of the following basic…

ICMP is a network layer protocol used in the devices within a network to find whether the data transmission initiated by a device has reached the destination without fail.  The key role of Internet Control Message Protocol is to report the errors in the communication in a network. Mostly, it is used in routers, hosts,…