According to the TIOBE Index, C is currently the second most popular programming language (behind Python), thus it might be worthwhile to learn! Additionally, in 2008, 2017, and 2019, it was named “Language of the Year.” For a coding language, that’s a very amazing 50 years of existence!

In this post, we’ll cover more about what the C programming language is, some reasons to learn C programming, a few C syntax examples, the best way to learn C, and more. You’re in the proper place if you’re a total beginner to this language! Here is a brief introduction to C programming for beginners.

What is C Programming Langauge?

C is a widely used, simple, and adaptable general-purpose computer language. It is a machine-independent, structured programming language that is widely used to create a wide range of apps, operating systems like Windows, and many more advanced programs like the Git repository, the Oracle database, the Python interpreter, and more.

It is essential to have a background in computer memory mechanisms because it is an important aspect when dealing with the C programming language.

C programming language was developed in 1972 by Dennis Ritchie at the bell laboratories of AT&T (American Telephone & Telegraph), located in the U.S.A.

Dennis Ritchie is known as the founder of the c language.

It was developed to overcome the problems of previous languages such as B, BCPL, etc.

The C programming language was initially created for the UNIX operating system. Many features from earlier languages like B and BCPL are inherited by it.

Let’s see the programming languages that were developed before the C language.

Why learn how to program in C? Learning C can actually make it easier to learn and fully understand other programming languages like C++, Java, or Python.

It gives you a solid understanding of how programming languages work since it is a base-level language that’s closer to the machine.

The grammar of the C language teaches you how to produce effective and quick code, making it a good first programming language that provides a solid foundation.

Reason Behind Popularity of C

There are many programming languages that enable developers to be more productive than with C for certain types of tasks. Working with JSON, XML, UI, web pages, client requests, database connections, media bias, and other things is made considerably simpler by the significantly bigger built-in libraries of higher-level languages.

Regardless, there are many grounds to anticipate that C programming will continue to be popular for a long time.

Everywhere can utilize the assembly language C. It is essentially compatible with current processor designs while being as close to the machine as possible. And there is at least one C compiler for almost every technology. Modern compilers produce highly efficient binaries, making it challenging to improve their output using hand-written assembly.

At the hardware/software boundary, computer systems and microcontrollers map the peripheral and I/O pins into memory addresses. System applications must read from and write to those specific memory areas in order to communicate with the outside world. As a result, for system development, C’s ability to work with separate memory addresses is essential.

Resources Are Used in a Definite Way

System programming cannot rely on garbage collection or even dynamic allocation for some embedded systems, which is a common language feature. Apps that are embedded have a limited amount of time and memory. In real-time systems when a non-deterministic garbage collector call is not an option, they are widely employed. It is crucial to have supplementary memory management systems in place, such as the capability to place data in unique addresses using C pointers, if the dynamic allocation is not feasible owing to a lack of memory. Languages that heavily rely on dynamic allocation and trash collection would not be appropriate for contexts with limited resources.

How does C Programming Language Works?

A compiled language is C. A compiler is a specialized tool that compiles a program into a machine-readable object file. The linker will merge various object files when the compilation process is complete and produce a single executable file to run the program. The figure that follows depicts how a “C” program runs

You can use any of the many compilers that are now available online. The capabilities necessary to run both “C” and “C++” programs are provided by the majority of compilers, and the functionality will never diverge.

Following is the list of popular compilers available online:

Is It Difficult to Learn C?

C is actually considered a simpler language when compared to other programming options. In fact, many programmers learn it before moving on to more complex languages.

However, some consider C to be more difficult to learn than JavaScript, for example. And it’s certainly harder than the super-simple languages like HTML and CSS (which are usually the first two I recommend.

You’ll need the patience to learn it, just like with any ability, but it shouldn’t be too challenging! Once you have a solid understanding of how computers actually operate, you can go on to a “harder” language that won’t appear as challenging.

All things considered, it can open a lot of doors to learning C programming! It could be an excellent language to add to your arsenal.

C is a great choice for low-level development of operating system kernels and embedded applications due to its accessibility to hardware, portability, and predictability of resource usage. It is the ideal choice for data manipulation tools with large complexity due to its versatility, effectiveness, and high performance. Today’s programming languages are far more advanced than C in many ways, but this does not imply that they are better than C in all respects. C continues to be the performance leader. We sincerely hope that this article has provided you with a good understanding of the C programming language and how we may apply it to our software development endeavors. 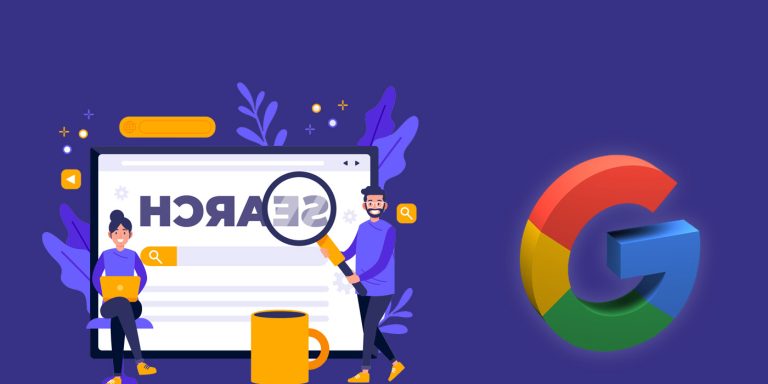 Being citizens of the digital world, we are fortunate to have easy access to numerous facilities that make our life easier. Now, we don’t have to follow any ambiguous or tedious process to complete assigned tasks like people used to do. Whether it is academics, the corporate sector, or business, plenty of great utilities help…

Computers and other smart gadgets were not used for the majority of the jobs we previously performed by hand on paper. In addition to being highly quick and convenient, it also produces excellent outcomes and increases production and efficiency. Speaking of excellent outcomes, they are all only made feasible by the robust backend development for…

We all want to gain life skills to achieve academic, personal, and career success no matter what age we are. But with so many important skills for kids and adults to learn, it can be hard to know what to prioritize. Coding is one skill that stands out in the modern era. It offers anyone…

Anyone can learn a programming language, or how to write code and understand the syntax of a language. But the real skill is in the usage of that language. What is the logic you can create with that? What codes would be required to create programs using this logic? Logic building skills are essential for…

Java and Kotlin both are object-oriented programming languages. But both are used for different purposes. Kotlin is used to develop android applications while Java is mainly used for developing enterprise applications. In this section, we have discussed the differences between Java and Kotlin. That’s what we’re going to talk about today. This head-to-head comparison between Kotlin vs Java highlights the similarities and contrasts…