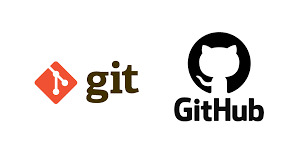 In simple terms, Git is a tool that lets you track changes to files. When you have a project with many files, it can be hard to keep track of all the changes made to each file over time. With Git, you can take snapshots of your project at any time, and easily restore your project to any previous state.

Git is also used by developers to collaborate on code. When multiple developers are working on the same project, they can use Git to merge their changes together. This lets them work on the same codebase without having to worry about overwriting each other’s changes.

There are many other features of Git, but these are the most important ones for beginners to understand.

The Different Types of Git

There are four primary types of Git repositories: project, personal, bare, and mirror.

Pros and Cons of Using Git

There are a few key things to consider when deciding whether or not to use Git for your next project. Here are some pros and cons of using Git:

PROS:
-Git is a fast, efficient, and reliable version control system.
-It is easy to learn and use.
-Git allows for easy collaboration between developers.
-There are many resources available to help learn and use Git.

CONS:
-Git does have a bit of a learning curve.
-It can be difficult to find good resources on how to use Git if you’re just starting out.

What are the Basic Functions of Git?

In Git, there are three main states that your files can reside in: committed, modified, and staged. Committed means that the data is safely stored in your local database. Modified means that you have changed the file but have not committed it to your database yet. Staged means that you have marked a modified file in its current version to be included in the next commit snapshot.

The basic function of Git is to manage these three states and allow you to move files between them as you work on different versions of a project. For example, if you modify a file and then decide you want to go back to the last committed version, you can use the “git reset” command to unstage the modified file and return it to its previous state.

How to Use Git?

Git is a powerful tool for tracking changes to files and coordinating work on those files among multiple people. In this article, we’ll give a brief introduction to Git and show you how to use it to track changes to your code.

Here are some basic Git commands that you’ll need to know in order to get started:

Some Fun Activities You Can Do With Git

1. Learn the basics of Git by reading the documentation or following a tutorial.

2. Experiment with Git by creating and modifying files in a repository.

3. Share your repositories with others so they can collaborate on projects with you.

4. Use Git to manage your project’s source code and track changes over time.

5. Stay up to date on the latest Git features and release announcements by subscribing to the mailing list or RSS feed.

Git is a powerful tool that enables developers to manage their codebase and collaborate with others. In this article, we will introduce you to Git and show you some of its features.

Git is a distributed version control system (DVCS). This means that every developer has their own local copy of the codebase and can work independently of others. When they are ready, they can push their changes to a central repository where everyone can see them.

Git also has excellent support for branches. This allows developers to create new versions of the codebase (called “branches”) and merge them back into the main codebase when they are ready. This makes it easy to experiment with new features or fix bugs without affecting the main codebase.

Finally, Git has excellent tools for managing collaborators. Developers can easily add other developers to their project and give them specific permissions. This makes it easy to work on large projects with many people without having to worry about coordination.

What’s the Diffrence- Git vs GitHub

Git and GitHub are both tools used for code management. They are often used interchangeably, but there are some key differences between the two.

GitHub is a code hosting platform that uses Git for version control. It also adds features such as bug tracking, project management, and collaboration tools. GitHub is a commercial service that offers free and paid plans.

So, what’s the difference between Git and GitHub? Git is a tool that lets you manage your code base locally, while GitHub is a cloud-based platform that provides additional features on top of Git.

Git is a powerful tool that can help developers manage their codebase and work collaboratively on projects. In this article, we’ve given you a brief introduction to Git and some fun activities to help you get started using it. We hope that this guide has been helpful in getting you started with Git and that you continue to explore its many features.