Artificial Intelligence is increasingly a part of your everyday life, whether you notice it or not. According to Gartner, the market for AI software will be valued $62 billion in 2022 alone, a 21 percent increase from 2021. Numerous industries, including customer service, marketing, eCommerce, education, travel, and even hospitality, can benefit greatly from the use of artificial intelligence. To give their customers a top-notch user experience, 51% of E-commerce businesses employ AI nowadays.

What Is Artificial Intelligence?

You are not alone if you believe that artificial intelligence can create some unsettling parallel universes.

In reality, the chance of killer robots threatening your livelihood anytime soon is quite small.

At its core, artificial intelligence (AI) refers to intelligent machines.

In a business capacity, artificial intelligence has a number of benefits. Most marketing automation tools, for one, rely on AI.

This is how the best tools create and orchestrate campaigns and gather insights to improve your effectiveness as a brand. And this is just one example.

In this modern era of digital transformation, you’re bound to see AI pop up in numerous scenarios, working together with humans and providing proactive solutions to everyday problems.

Keras, Pytorch, Scikit-learn, MXNet, Pybrain, and TensorFlow are a few of the specialist libraries available in Python, making it an excellent choice for AI projects.

In addition, Python works best for natural language processing (NLP) and AI programs because of its rich text processing features, simple syntax, and scripting with a modular design.

Python is simple to learn since its programs are clearer, shorter, and easier to understand. Additionally, Python has a sizable user, working, and supporter base.

Java, one of the most popular programming languages in the world, has distinctive characteristics that will make it one of the finest languages for developing AI in 2022. In actuality, it has been like that for a while. Java is an object-oriented programming language with straightforward syntax and simple debugging. Java continues to gain favor with developers with each new generation thanks to its successful track record in software development, mobile app development, and now even AI development.

Artificial intelligence programming hinges on quick execution and fast runtimes, both of which happen to be Java’s superpowers. It offers excellent production value and smooth integration with all key analytic frameworks.

Java is incredibly simple to implement on a multitude of platforms because of its Virtual Machine Technology. This means that using the write once, run anywhere methodology, once your AI application is built and compiled on one platform, you can easily execute it on other platforms. Because of this, Java Virtual Machine is used to write the vast bulk of the open-source big-data stack.

Some of Java’s biggest advantages as an AI programming language include its ease of use, fast debugging, portable memory management, and its versatility. It can help develop everything from data analysis to natural language processing, deep learning, machine learning and so much more.

The java community is rich and active, allowing plenty of support for new developers and creative enrichment for seasoned developers across the world.

Just like Java, JavaScript is also an ideal match for AI development. However, it is used to develop more secure and dynamic websites. While Python is suitable for developers who don’t like coding, JavaScript is for those who don’t mind it.

JavaScript’s AI features allow simultaneous interaction and operation with other source codes, including HTML and CSS. Like Java, JavaScript has a sizable developer community that aids in development. AI programming is made easier by libraries like jQuery, React.js, and Underscore.js. Using JavaScript, you may control both frontend and backend operations, from multimedia and buttons to data storage.

With JavaScript, you can ensure security, high performance, and less development time.

Prolog has been around since 1972, which is a very long period. However, specialists would refer to it as a well-aged, mature AI programming language rather than calling it an outdated language. It is a declarative, logical programming language created for the processing of natural language. The fact that IBM Watson employs Prolog to parse natural language when answering questions asked by humans should give you an idea of how effective it is at handling certain situations.

In Prolog AI programming, the programmer specifies a set of rules or ‘facts’, and the end goal. Prolog then finds the connection between the two and proceeds with pattern matching to produce desired results.

Lisp (historically stylized as LISP) is one of the oldest languages in circulation for AI development.

Originating in 1958, Lisp is short for list processing, one of its original applications.

With the help of its designer John McCarthy, the language advanced to the point where it could deal with issues related to artificial intelligence by 1962.

In the present day, the language is just as capable, but because of its difficult syntax and complicated libraries, it’s rare that developers flock to Lisp first.

That said, there are a variety of AI projects where Lisp’s expertise could be a great asset, including but not limited to:

Overall, Lisp is known in recent history for being immensely flexible and turning thoughts into reality.

C++ has been around for quite some time and is admittedly low-level.

This means C++ works well with hardware and machines but not so well for the more theoretical side of the software.

Yet, in practice, C++’s capacity for low-level programming makes it perfect for handling AI models in production.

Using C++, you can create neural networks from scratch and convert human code into something that computers can understand.

Come to think of it, many of the most notorious machine learning libraries were built with C++.

For these reasons, C++ still gets a lot of attention in the artificial intelligence world. Don’t underestimate what C++ can do!

R is a popular language for budding and professional statisticians alike.

To be fair, R isn’t the best language for artificial intelligence. But it is pretty handy at crunching numbers.

Data is essential for the growth of AI, thus it will become rather mathematical if you want to effectively evaluate and describe data.

R can be your shining light in an otherwise dark tunnel. In terms of getting your numbers straight, it’s actually better than Python.

Here are some R packages you may want to look into:

One of the more recent languages for developing AI is Julia. But you shouldn’t let that stop you from using it for your subsequent AI project.

Although its community is small at the moment, Julia still ends up on most lists for being one of the best languages for artificial intelligence.

You can chalk its innocent fame up to its dynamic interface and arresting graphics for data visualization.

Add in memory management, debugging, and metaprogramming to the mix, and you’ll soon understand what all the hype’s about.

A dynamic type system, parallel and distributed computation, as well as direct support for C functions are just a few of Julia’s many vital features.

Haskell is a completely functional, statically typed programming language. In conclusion, this suggests that Haskell is expressive and adaptable.

And Haskell’s efficient memory management, type system, and code reusability practices, only add to its appeal.

But one of Haskell’s most interesting features is that it is a lazy programming language.

Thus, Haskell only evaluates pieces of code when necessary. Of course, this can be a pro or a con depending on how you look at it.

Altogether, the theme of Haskell’s attractiveness for AI developers is that the language is efficient. You’ll spend more time thinking than typing.

Everyone wants to write software that is high-performing, quick, and secure, and Rust makes that possible. Developers adore using it as a general-purpose programming language for the creation of AI. Rust’s syntax is comparable to C++’s, but Rust also provides memory safety and forgoes garbage collection.

Many well-known systems, like Dropbox, Yelp, Firefox, Azure, Polkadot, Cloudflare, npm, Discord, etc., use Rust as their backend programming language. Rust is the ideal language for developing AI and using in scientific computing because of its memory safety, speed, and ease of expression.

More than just a trend, artificial intelligence is here to stay. AI is present in everything, from autonomous driving to phrase correction. This popularity has created an excellent environment for businesses trying to generate additional AI products.

You have several programming languages for AI development to choose from, depending on how easy or technical you want your process to be. Another factor to consider is what system works best for the software you’re designing.

One way to tackle the question is by looking at the popular apps already around. What do they do? How do their basic or interactive functions work? What languages do they use? The more you find out, the more ideas you’ll get. 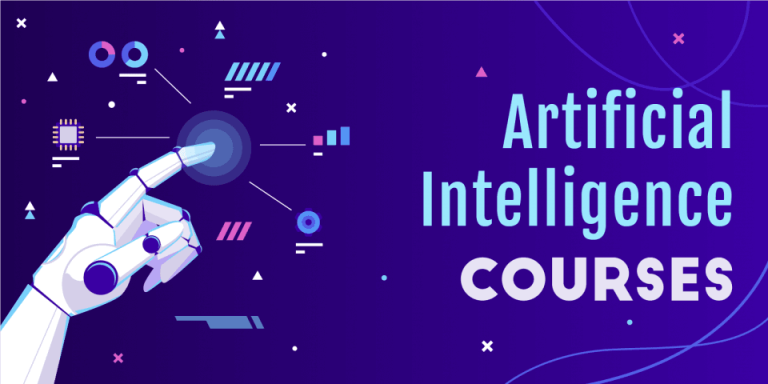 Artificial Intelligence is the world’s future. Every app and website nowadays uses AI for the majority of its functionalities. Face recognition locks, registering and verifying your security for transactions, and, more recently, putting your face on various characters in gaming and non-gaming apps are all examples of how they’re employed. Artificial Intelligence makes all of…